Tips on how to make hotspots on laptops or PC computers 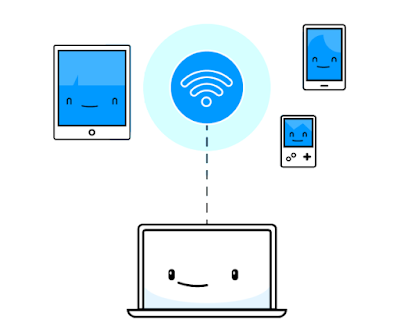 Firgoos.com-Nowadays the Internet network has become a necessity for everyone. Thus firgoos.com will share the surefire tips to easily convert your laptop/Windows PC computer into a WiFi hotspot, so as to connect or share an Internet connection And with other devices such as HP, Tablet and other computers. Actually,

in Windows there is a hidden virtual Wi-Fi adapter feature that you can use to create a Wi-Fi hotspot to share a Wi-Fi connection to several other devices. Sharing an Intern

et connection on a laptop/computer PC windows with another device is actually very easy when following the procedure of how to create a hotspot network correctly. How t

en the Wi-Fi hotspot on the internal windows is not working properly, you can try using a software external WiFi hotspot Connectify Hotspot that can be downloaded earlier as a replacement for the default Windows applications.

a wired or wireless Internet connection in Windows 10O

n Windows 10 There is a feature that can be used to create hotspots to share Internet connections with other devices. For Windows 10 users including very lucky people.

On Windows 10 updates now has a feature to turn a Wi-Fi network laptop/PC computer into a hotspot, and it doesn't matter if the Internet connection you want to share is w

ireless or wired. Here are the steps to note:P E

rtama, run settings by pressing Windows + I on your keyboard. On the main Settings page, click "Network & Internet." 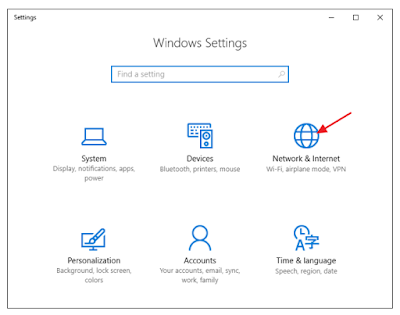 On the Internet & Network page, on the left side, click "Mobile hotspot." 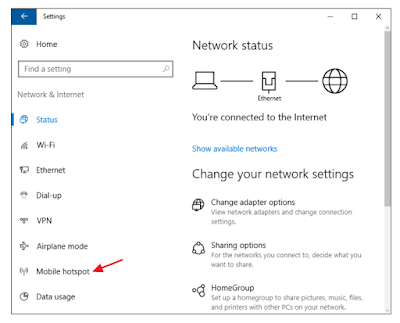 On the right side, turn on the "Share my Internet connection with other Devices" button. If you want something other than the default network name and password, click the "Edit" button. 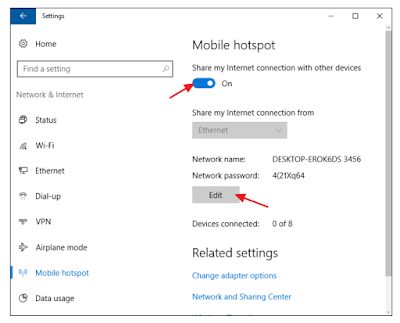 In the Edit window, type the network name and password as you want and then click "OK." 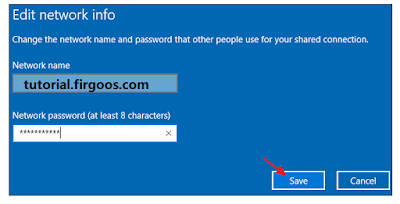 All those steps should actually be done in Windows 10 in order to succeed to share the Internet network. Hotspot feature This is one of the best-known new features of the Windows 10 anniversary update. If yo

u're having trouble with this WiFi hotspot sharing feature, here are some steps to troubleshoot Windows 10 hotspots that you need to try. Sharing wir

The ad-hoc network is actually just a direct and simple network connection for between devices. In this case, you will create an ad-hoc network between your PC's wireless connection and any other wireless devices that you want to conne

ct to. You just have to make sure that your cable connection is set up and that your PC does have Wi-

Fi. You should be aware that, when setting up your ad-hoc network using your PC's Wi-Fi, your existing connections using the Wi-Fi adapter will be disabled. That's why this method will only work if your Internet comes from an Ethernet source. If

you've never created a network like this, be sure to read our complete guide to sharing your Internet connection over an ad-hoc network. In short,

you'll open the Manage Wireless Networks window (you can find it by going to start and searching for "wireless"), click the Add button, then click "Create ad hoc network". Enter
a name and a passphrase for the network and it will appear in the list of wireless networks. Select and your laptop will be disconnected from the current Wi-Fi network and start hosting an ad-hoc network that can be connected to another device. 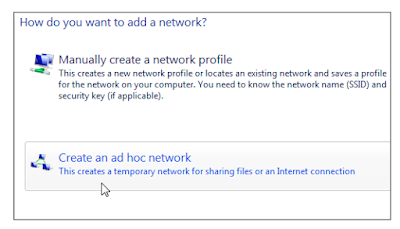 Do not forget to make sure to enable "Allow other network users to connect via this computer's Internet connection" "so that your PC will share its cable Internet connection with devices connected to your PC over the ad-hoc network. 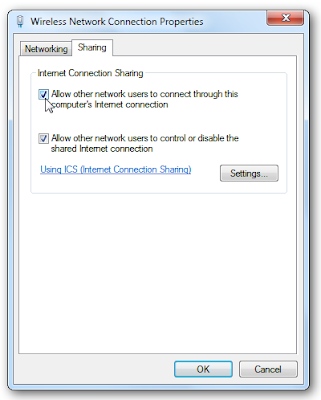 Internet sharing WiFi Hotspot in Windows
8Creating WiFi hotspots in Windows 8 is a bit different, Windows 8 eliminates the graphical interface to set up an ad-hoc network, so it's not as easy as setting it up like in Windows 7 or Windows 10. But the underlying features still exist. You just need to use the command line in Command Promt. F

irst, you should make sure your existing wireless network is shared with other network users. Press Windows + R on your keyboard to open the Run dialog box, then after the open type "NCPA. cpl", then press Enter. 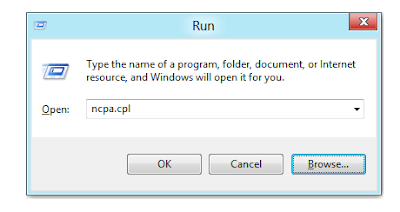 In the Network Connection window, right-click your wireless network and select "Properties" from the context menu. 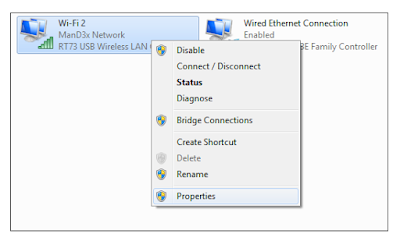 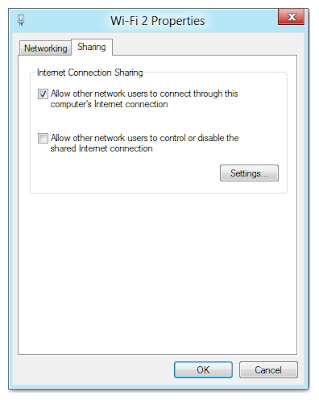 Next, you must launch a Command Prompt with administrative privileges. Right-click on the bottom left of the screen (or press Windows + X) and then select "Command Prompt (Admin)" In the Power Users menu that appears. 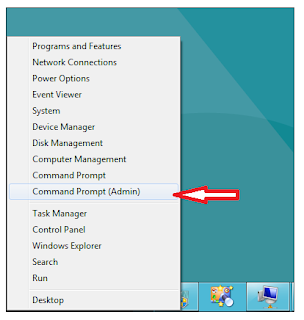 If the command prompt is open, your next step is to set up the wireless network using netsh like so:

Where <SSID>is your network name and <PASSWORD>is the password you want to connect with the user.</PASSWORD> </SSID> An access point is created with WPA2-PSK encryption (AES).

Next, you will start broadcasting our network with the following command:

And at any time, you can use this final command to display information about the connection. It lists things like the channel that your connection is using, the SSID name, the authentication type, the radio type, and the number of clients connected to your network. 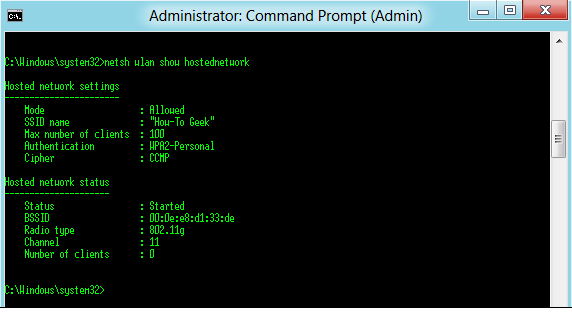 Once you're done, you'll need to be able to connect any Wi-Fi devices to your new ad-hoc netw

ork. Share a wireless Internet connection in Windows 7 or
Windows 8Note: This software does not seem to work anymore. If you are able to use Connectify Hotspot or one of the other methods as mentioned above. If you want

to share a wireless Internet connection in Windows 8 or 7 with other wireless devices, you must use a third-party application. Firgoos.com recommends Virtual Router because it is free, open-source, and easy to setup. You can also use it to share a wired connection if you just want an easier way to do it than to create an ad-hoc network. Start by

downloading the Virtual Router and starting it. How to use it really is not easy. Provide a name for your network, enter the password, and select the connection you want to share with the device connected to that Wi-Fi network. Click the "Start Virtual Router" button, and you are done. You can even see a list of connected devices in this window. 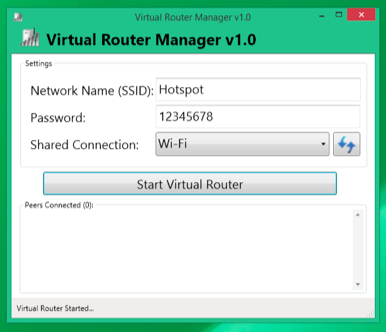 How to set up mobile hotspot on a Windows PC is really troublesome, or it can be very easy. It depends on the condition of the Windows version you are running or whether you are willing to use a third-party application. Nevertheless, at least you know how to use your PC to share connections with other wireless devices.