Home » Uncategorized » How to easily Screen Shot on Laptop and PC

How to easily Screen Shot on Laptop and PC

How to Screen Shot on a Laptop

Often write and want to take pictures/screenshots on a laptop or PC but do not know how to do? Relax, in this article, firgoos.com will give you a tutorial specifically for you. For tho

se who already know, please skip and read other articles hehe. Who do not know, please see let me know how to screen shot in a laptop easily. F

or now, Firgoos will share 3 easy ways of screen shots on laptops and PCs. If there is a new one, it will be updated in another day.

The first way you can use it is to use the PrtSc SysRq button. Almost all types of laptops and PCS have this button. The function is to print screen/screen shot display that is on the screen of PC or

laptop. This is how screenshots on laptops and PCS are most widely known and used by Windows users — using the Print Screen button on the keyboard. But what is not much known to people is that taking screenshots using this Print Screen assortment:

Taking screenshots without saving as a File 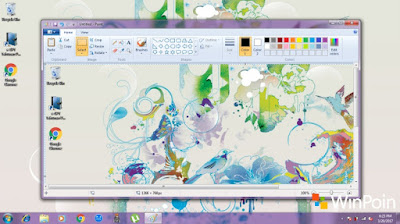 Just press the Print Screen button (some laptops sometimes require you to press Fn + PrtScn). It will not

look anything after you press the Print screen button, but the screenshot of the screen will be saved in the Clipboard. Now you just need to open your favorite Image Editor app (e.g. MS Paint), and paste it. Screenshots will be instantly pasted there and ready for you to save or you further.

Taking screenshots and saving as files

How to screenshot a PC by directly saving it as this file is only valid on Windows 8.1 and above (including it can also be in Windows 10). Just press the Win + Print screen button (in some laptops sometimes you have to press Win + Fn + PrtScn or Win + Ctrl + PrtScn). Win is a button with the Windows logo that is on the keyb

oard). Once you press the key combination, the screen will look flash for a moment and the screenshot file will be saved in the Pictures folder > Screenshots. You can take screenshots many times and automatic screenshot files are made with number labels.

Just click on the title bar of the window you want to screenshot, then press ALT + PrntScr — or on some laptops you may need to press ALT + Fn + PrntScr. Scre

enshot will be instantly stored on the Clipboard and you can paste it through an image editor like MS Paint or any other.

How to Screenshot 2: Using Snipping Tool

You just have to open the Snipping Tool > New > Select the desired screenshot area, whether Free-form, Rectangular, Window, or Full-screen. Ther

If using the manual way through the Print screen or Snipping Tool has not been able to meet your needs, you can use the screenshot software that majority has more features than the built-in tools.

One of my favorite screenshot softwares is PicPick which in addition to its complete feature has also been equipped with an image editor, so you can instantly add text, arrows, blur, or any other caption you need. Pi
cPick is really useful for you who often write tutorials on the blog or the middle of creating a book/ebook
guide. That's 3 ways you can easily practice computer screenshots. Got tips and other screenshots? Please share in the Comments field.

Tips for easy How to check IMEI Android PHONE…