Firgoos.com-How to change the IP address on your PC/laptop using a command prompt is very easy and quick, different than using a control panel that many clicks require time so it is less efficient. Fo

r fans of Command Prompt, changing the IP address on a PC/laptop can be solved more quickly using Netsh command, which is one kind of a great network utility in Windows. The N

etsh command allows you to configure almost all aspects of a network connection in Windows. To do this, you must open a Command Prompt with administrative privileges.

How to view Computer network information B
efore your IP address and related information change, then you should find the full name of the network for the interface that you want to change. To do this, type the following command: 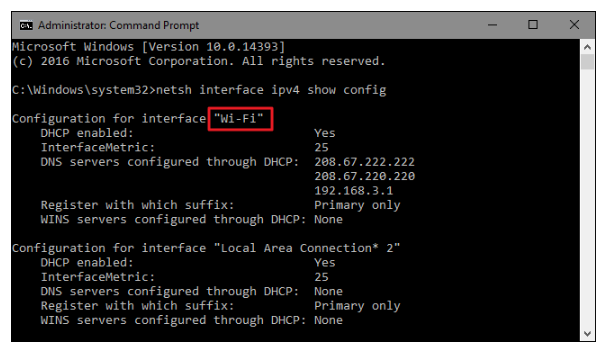 Scroll down until you see the interface you're looking for. In our example, we will modify the Wi-Fi interface, which on our machine is simply named "Wi-Fi." You will also see other default names that Windows set for the interface, such as "Local Area Connection," "Local Area Connection * 2," and "Ethernet." Just find what you're looking for and note the exact name. You can also copy and paste the name into Notepad and then return to Command Prompt later to simplify. To change the

Where the information will be replaced according to what you want to use. In this example, a description of the command that we use as the following:

And if you use a static IP address but want to switch using an IP address that is automatically assigned by a DHCP server-like your router-you can use the following command:

How to change Your Computer's DNS

So, for example, your command might look like the following (where we set it to Google's main public DNS server, 8.8.8.8):

To set up your secondary DNS server, you will use a very similar command:

Continuing with the above example, you can set your secondary DNS as a public Google DNS secondary server, i.e. 8.8.4.4:

And as is the case with changing the IP address, you can also change it so that the network interface retrieves its DNS settings automatically from the DHCP server. Just use the following command: