by Admin
No Comments
History of computer development-nowadays computer technology is not separated from all fast-paced activiti
es. From year to year computer media has always experienced a rapid growth. 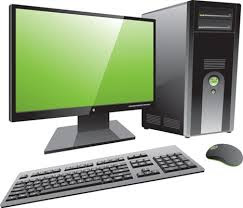 Here the admin will share the development article of Computer generation after 1994. So tha

t the history of computer development is not forgotten. And at least to remind the succeeding generations.

This first-generation computer uses a vacuum tube to process and store data. This to

also requires a lot of electric power that causes electrical disturbances in the surrounding area. This first generation computer is 100% electronic and helps experts solve calculation problems quickly and precisely.

in 1948, the discovery of transistors greatly influenced the development of computers. The Transistor replaces the vacuum tubes on television, radio, and computers. Consequently, the size of the electric machines decreases d

rastically. Transistors began to be used in computers starting in 1956. Another invention of the development of magnetic-core memory helps to develop a smaller, faster, more reliable, and more energy-efficient second-generation computer than its predecessors. The f

nes are very expensive and tend to be too complex for business computing needs, thereby limiting its popularity. There are only two LARCS ever installed and used: one at Lawrence Radiation Labs in Livermore, California, and the other at the U.S. Navy Research and Development Center in Washington D.C. the seco

, and in government. These second-generation computers are computers that fully use transistors. They also have components that can be associated with a computer at this time: printers, storage in diskette, memory, operating system, and programs.

s) although transistors in many respects outperform vacuum tubes, the transistor generates considerable heat, which can potentially damage the internal parts of the computer. Quartz Stone (quartz rock) to the problem. Jack

Kilby, an engineer at Texas Instrument, developed an integrated circuit (IC: Integrated circuit) in the year 1958. The IC combines three electronic components in a small silicone disc made of quartz sand. The scientist then managed to incorporate more components into a single chip called a semiconductor. As a result

, the computer becomes smaller because components can be compacted in chips. Another third generation computer advancement is the use of operating system (Operating System) which allows the machine to run different programs simultaneously with a main program that monitors and coordinates the computer's memory.

0s) after IC, development objectives become clearer: reducing the size of circuits and electrical components. Large Scale Integration (LSI) can load hundreds of components in a chip. I

also enhances the work power, efficiency and reliability of the computer. The Intel 4004 Chip created in 1971 brings progress on IC by putting all the components of a computer (central processing Unit, memory, and input/output control) in a very small ch

ip. Previously, IC was made to work on certain specific tasks. Now, a microprocessor can be produced and then programmed to meet all the desired needs. Not long after, every household device such as microwave oven, television, car DN with electronic fuel injection equipped with microprocessor.

vances in the field of computer design and technology are increasingly enabling the creation of a fifth-generation computer. Two engineering advances are primarily parallel processing capabilities, which will replace the non Neuman model. Non Neumann models will be replaced with a system capable of coordinating many CPUS to work in unison. Anothe

r advancement is the superconductor technology that enables the electrical flow without any obstacles, which can accelerate the speed of information. Japan is a famous country in the socialization of jargon and fifth-generation computer projects. Institute for new Computer Technology (ICOT) was also formed to define it. A lot of th

e news states that this project has failed, but some other information that the success of this fifth generation computer project will bring about a new change of the computerized paradigm in the world. We wait for what information is more valid and fruitful.

So info about the development of computers until here first, hopefully this article is useful. Thanks for your visit don't forget share to friends maybe there are friends in need. Sou

Tips for easy How to check IMEI Android PHONE with code

How to quickly Refresh your computer/Laptop with one button Keyboard