Understanding the RUN command, Command Prompt (CMD) and its functions

Firgoos.com-CMD that is commonly called Command Prompt or DOS prompt is a command line (command line) on an OS (Operating System) based GUI that can be used to mengesekusi files by way of writing the command in the CMD window. 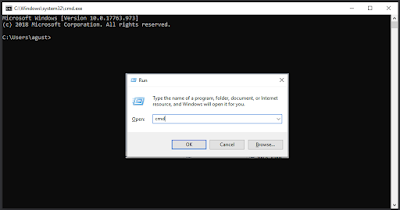 CMD or Command Prompt almost has something in common with the RUN command found in Windows operations.  How to find or open a system that resides on Windows, be it a program, applications, files, folders, etc. very quickly through RUN and Command Prompt with just a command line. Comma

nd Prompt or DOS This prompt was initially used as an operating system but after the dose began a lot of leave then now the DOS remain integrated by Microsoft in Windows that we know more with the name MS-DOS or Command Prompt. To op

en Command Prompt in Windows we have to call the executable cmd. exe, by the way: C

ickly  : Press on the keyboard of the Windows symbol simultaneously by pressing the letter

R, then type cmd, press the ENTERCommad Prompt (CMD) has many benefits in use as an additional application with more authorization and complex than the operating system GUI based (graphical

User Interface). With Dos prompt we can see the directories and files that are hidden quickly and can also analyze with intents to the symptoms posed by the virus, can delete and stop by force the harmful running files on the computer (viruses), further we can clean the virus on the computer while the GUI operating system is no longer possible

to use. Command Pro
mptIstilah function Command Prompt or abbreviated CMD is a DOS command in the Windows operating system. Its use is intended for users to be easier to execute Windows online or offline. C

ommand Prompt You can use for troubleshooting Windows, run tools that are not available in GUI, execute various technical commands, to do some other things. Although it looks simple, the command prompt function in Windows is very wide, among others.
1. Open Google Chrome with Command Prompt
2. Reset Cache DNS
3. Troubleshoot JARINGAN4 connection proble
ms. Create a Shutdown button on WINDOWS
5. View your site's IP address We
b6. Change IP address of Laptop/Kompute
r7. To identify JARINGAN8 connection problem
s. Track Computer network proble

Windows. One example of how to open Calculator using command line via RUN and COMMAND 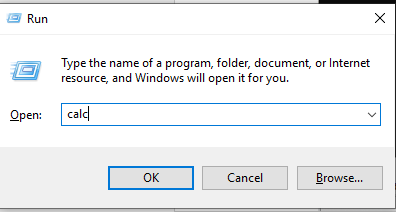 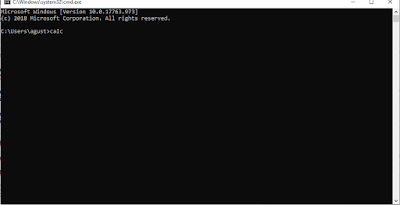 Then once in the Enter window calculator will open 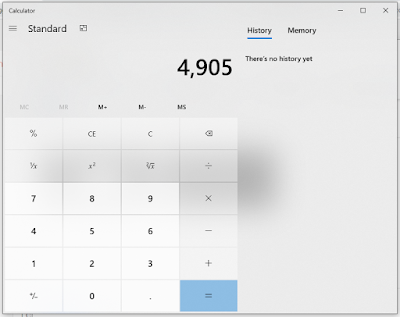